What is ​Software Development Life Cycle 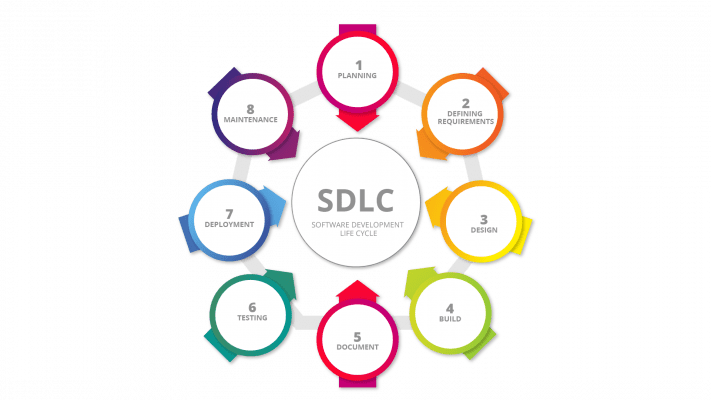 Depending on the scale of the project, some project managers will combine, divide, or eliminate steps. All software development efforts should start with these essential components.

Software Development Life Cycle is explained in detail in this post

As part of this process, the project’s team and leadership structure will be established as well as a timeframe and goals.

Stakeholder input may also be incorporated into the planning process. Anyone who stands to gain from the application is a stakeholder. Ask for input from people who could be interested in your product, such as potential buyers, developers and subject matter experts.

Planned applications should explicitly specify their scope and purpose. Sets a course and prepares the team for the software’s development. As a result, it serves as a barrier to keep the project focused on what it was intended for.

It is important to properly identify and record product needs and get them accepted by the client or market analysts after completing the requirement study. Software Requirement Specification is used to outline all of the product’s design and development needs over the course of the Software Development Life Cycle.

It is at the Design phase that the software application’s functionality is simulated. The following are some of the design’s features:

Architecture – Specifies programming language, industry standards, overall design, and use of any frameworks or boilerplate.
User Interface – Defines the ways customers interact with the software, and how the software responds to input.
Platforms – Defines the operating systems on which the software will run, such as Apple, Android, Windows version, Linux, or even gaming consoles.
Programming – Not just the programming language, but including methods used to solve problems and taking actions in the application.
Communications – Specifies the methods that the application can communicate with other assets, such as a central server or other instances of the application.
Security – Defines the measures taken to secure the application, and may include SSL traffic encryption, data encryption, and secure storage of user credentials

The Design phase might include prototyping. Iterative software development uses prototypes as early versions of the finished product. In this way, you may get a sense of what the program looks like and how it functions. It is possible to demonstrate this “hands-on” design to stakeholders. Make use of user comments to enhance the app. Changing the Prototype phase rather than rewriting code to make a change in the Development phase is more cost-effective.

Work on a product begins at this stage of a software development lifecycle (SDLC). During this phase, the DDS-compliant programming code is developed. The Design Specification is the first step in this phase of the SDLC, in which the software specifications are transformed into a design plan.

More than just writing code is involved in the process. The majority of programmers need to hone their abilities or work in a group. Finding and correcting bugs and faults is essential. Tasks such as waiting for test results or generating code for an application to execute can stymie the process of developing a product. Predicting these delays will allow developers to focus on other projects.

Detailed instructions and explanations are appreciated by software engineers. There are several ways to document a software product, including writing a user guide. Alternatively, it might be more casual, like a developer’s explanation of why he employed a given process in the source code. This is even true for firms that seek to produce software that is simple and straightforward, because documentation helps.

In certain cases, documentation might be a rapid walkthrough of the app’s most important features that appear when it’s initially opened. Video lessons for more complicated activities can also be used. Troubleshooting and FAQ manuals assist people find answers to issues they may have about a product or service.

The purpose of documentation is to clarify product functionality, consolidate project-related information, and facilitate the exchange of information between stakeholders and developers.

Before an app is released to the public, it should be thoroughly tested. Like security testing, most of the testing can be automated. Complex apps may require a mimicked production environment that can only be created in a specialized testing environment. Users will encounter fewer errors and malfunctions thanks to the testing process.

Deploying the program into a live environment is the primary aim at this point in the process. As a result, many businesses opt to launch their products in a testing or staging environment first.

This ensures that any last-minute errors are identified and corrected before the product is released to the market, as well as allows for rapid prototyping and testing of products.

The development cycle is nearly complete at this stage. The software has been completed and is currently in use. Despite this, the operational and maintenance phase is critical. Here, end users find flaws the developers missed during testing. It is imperative that these issues are addressed, as they might lead to new development cycles.

Additionally, models such as Iterative development include plans for new features in future editions. A fresh iteration of the Development Cycle can be started for each new release.